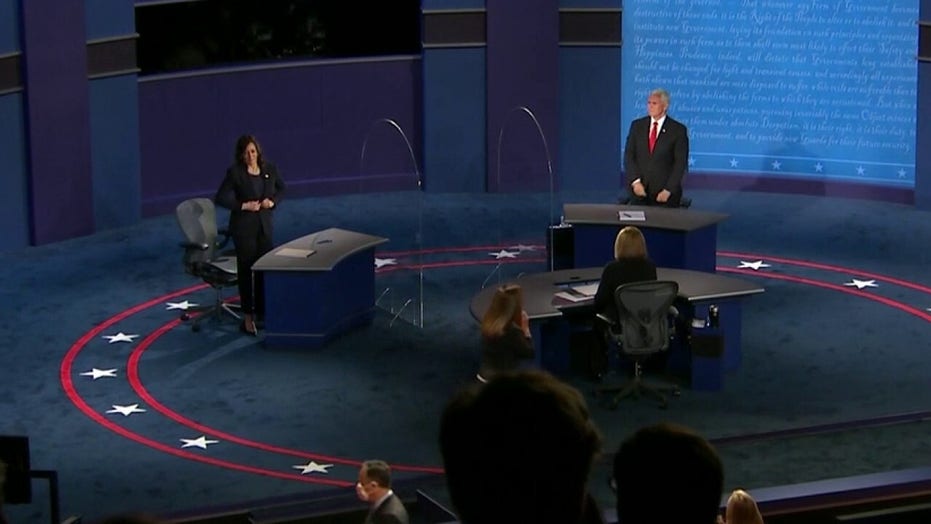 Sen. Kamala Harris and Vice President Mike Pence disagreed during Wednesday evening’s vice presidential debate over whether justice was served for Breonna Taylor in the Kentucky grand jury’s decision not to charge any officers directly for her death.

“I’ve talked with Breonna’s mother, Tamika Palmer, and her family, and her family deserves justice. She was a beautiful young woman,” Harris said after being asked by the moderator. “Her life was taken unjustifiably and tragically and violently.”

She added that “Bad cops are bad for good cops. We need reform of our policing in America and our criminal justice system.”

Taylor was killed by Louisville Metro Police officers when they fired into her apartment on March 13 during a botched no-knock raid.

Pence responded that the “heart breaks for any loss of innocent American life and the family of Breonna Taylor has our sympathies but I trust our justice system, a grand jury that reviews the evidence.”

He said “justice will be served” for George Floyd, who died in police custody in Minneapolis on May 25, but there’s no excuse for the “rioting and looting” that followed.

Pence added that Biden and Harris’ “presumption” that America is “systemically racist” and there is “implicit bias” in policing is a “great insult to the men and women who serve in law enforcement.”

"And it really is remarkable, as a former prosecutor, you would assume that an impaneled grand jury looking at all the evidence got it wrong," he told Harris.

He said he and President Trump “stand with” those in law enforcement and will continue to improve the lives of African Americans.

Harris said to increase fairness in the system, she and Democratic nominee Joe Biden would ban chokeholds and carotid holds, require a national registry for police officers who break the law, get rid of private prisons, cash bail, decriminalize marijuana and expunge the records of those with marijuana convictions.