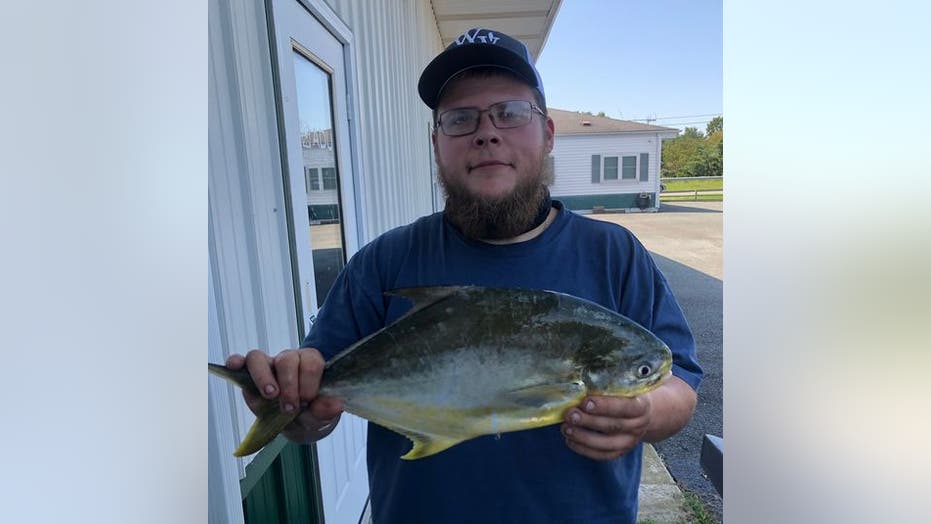 Captain Kyle Rosenblatt was fishing 20 miles off the coast of Florida when he spotted a great white shark circling his boat.

There are plenty of fish in the sea, but David Schrock sure as heck didn’t recognize this one.

Schrock, from Woolford, Md., has officially broken the state’s record for largest Florida pompano after catching the fish over Labor Day weekend. But as the angler admitted, he wasn’t even sure which kind of fish it was when he reeled it in.

“We had no idea what it was at first,” he told the Maryland Department of Natural Resources (DNR), who eventually determined the species as a Florida pompano, or Trichinous carolinus, and informed Schrock that he just broke a state record with the 5.05-pound, 18.5-inch fish.

Schrock claims he fought with the fish for about 10 minutes, leading a buddy to incorrectly assume that he had a Bluefin on the line. In fairness, the Florida pompano was only just recognized for the record books, after then-14-year-old angler Scott Hartzell Jr. set the first record for the species in July 2019.

According to the Maryland DNR, Schrock will be awarded a commemorative plaque for his catch, but he’s angling for a bigger prize, should his luck continue.

“Wow … I think I need to play the lottery,” he said of his record catch.