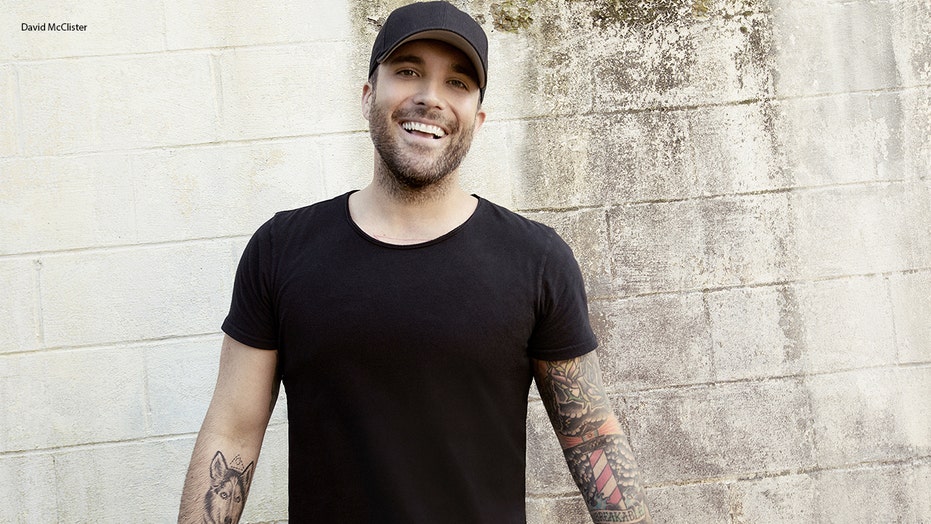 The 34-year-old country singer released the record on September 4.

EXCLUSIVE: Tyler Rich is a name country music is becoming very familiar with these days.

Like many artists have done this year, Rich, 34, had to take his work home with him after the outbreak of the coronavirus. That didn't stop him, however, as he and his team were able to churn out his debut record "Two Thousand Miles" earlier this month.

His single "The Difference" was certified gold in the US and Canada and the tracks "Leave Her Wild" and "11:11" are performing well on streamers like Spotify and Apple Music.

Rich sat down with Fox News to talk about his album, its inspiration and more.

Fox News: What was the inspiration for the title of the album "Two Thousand Miles?"

Tyler Rich: I'm originally from Northern California, near the Sacramento area. Lived in LA for a long time, but moved out to Nashville five years ago and kind of right around the time I moved out there for my career, was when I met my now wife [Sabina Gadecki], who is an actress that lives in LA, so the mileage between Los Angeles [and] Nashville is right around almost exactly 2,000 miles. And the entire time of four to five years of creating this album and getting a record deal and writing all these songs and the touring and all that stuff has been a constant grind and just hustle of 2,000 miles back-and-forth between my dream and my wife. So this is just the perfect name. Nothing could have been called nothing else.

Fox News: Is that the theme of the record as well?

Rich: Yeah, I think there's a little bit of that in every song. You know, she's my muse. A lot of times that's how it always is with a relationship and an artist. Everything kind of always stems from her. I've got a song called "Leave Her Wild" and it's all about self-love and basically just accepting people for who they are, no matter what that means. And that's about her, she's a little wild and crazy so it's about letting her be herself.

Fox News: How did you record the song "Feels Like Home" remotely?

Rich: Basically, my producer sent a bunch of mics and stuff here from Nashville in LA because I've been here quarantined pretty much the whole time and recorded everything at home for that song. And we did the music video at home. We did all that stuff. And it's actually the first song on the record because 2,000 miles feels like home. You know, the mileage kind of felt like home, even though it was two different ones. Yeah, that's number one. It's gonna be good.

Fox News: What does it mean to you to be able to do that from home?

Rich: It's funny because we even finished the album, like the last couple songs, at home as well. You always have these dreams of getting a record deal and, "we're gonna do an album and it's going to be golden microphones. And it's gonna be this, this and that." Because of technology advancements and stuff like that, it's so amazing that we could do this Zoom, and I was able to finish the album just like this. Recording into a mic, real-time to Nashville with my producer on the other side of a screen. The fact we could do it during all of this was challenging, inspiring, cozy because I wore sweats the whole time.

ROLLING STONES KEITH RICHARDS' DAUGHTER ALEXANDRA RECALLS TOURING WITH LEGEND AS A KID: 'IT WAS EYE-OPENING'

Fox News: What was your reaction when you learned "The Difference" was certified gold?

Rich: It was on Zoom and I was hanging out with my whole team and they were like, "We got this happy hour if you want to jump on, we all want to see you and say hi, make sure you're doing OK." I got on and they're like, "We got a surprise, man. Your first single when gold!" I absolutely lost it, I was going crazy. ... I had this dream when I got my first plaque it would be on stage somewhere and, you know, they always interrupt the show and they run out and they go, "Before you play this last song, Tyler, we got this thing we want to give you," you see these things happen in your head the way they're supposed to, but I think it's actually even a little bit more special that I got mine this way.

Fox News: How has TikTok influenced your career and your connection to your fans?

Rich: I feel like one of the old kids trying to be a cool kid again, getting into TikTok. But once I realized TikTok is not just dancing and it's people truly being the most artistic expression of themselves, is when I got involved and I got interested in watching the way people were promoting music in a different way. I got all this great footage of my wife and that I can just turn into little collages over songs and put them on TikTok, not me even playing just the song in the background and see what it does. It really is an entire new demographic.

Fox News: Your album has a cover of Michael Jackson's "Billie Jean," where did that come from?

Rich: When I was growing up and I was obsessed with Michael Jackson's music videos like they were movies ... So I grew up loving it. My uncle taught me how to play guitar. Just like anybody picks up the guitar, I was learning singer-songwriter stuff. He was teaching me, Brooks and Dunn, Garth Brooks, Creedence Clearwater, Beatles, some Michael Jackson. And we kind of would create our own versions of different songs to make them our own as I was learning.

Then, before I got my record deal, I was flying to and from Vegas and playing in these lounges and doing cover songs for tips. I'd do it for four nights in a row and I fly back to Nashville, write songs for two weeks, fly back to Vegas. And I'm like, "Man, I've got to figure out better cover songs to make tips in this bar."

The storytelling behind "Billie Jean" is so cool and what people are so used to the pop song that it is that it's cool to dance to, it's got a cool beat, but they don't really read what the story is. I was like, "Man it would be so cool if that tale had it like a bluesy country like old like bar kind of song." So I start just jamming it one night in the vibe of like Blake Shelton and all of a sudden, I got a couple of hundred dollar bills. It's like this is something I need to elaborate on.