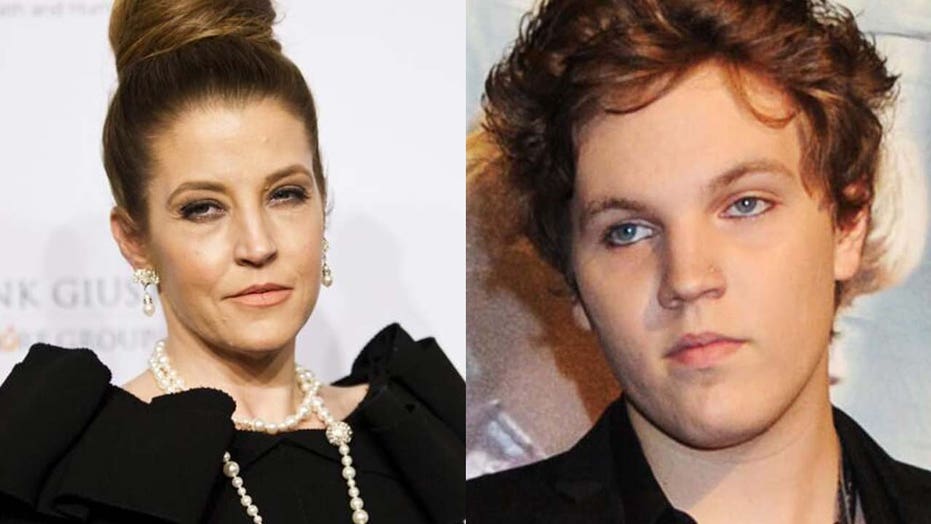 Lisa Marie Presley is paying tribute to her late son on what would have been his 28th birthday.

Benjamin Keough, son to Presley and musician Danny Keough, died in July at the age of 27. His death was ruled a suicide by gunshot wound.

Now, on Wednesday, Presley, 52, has taken to social media to mark his birthday with a picture and a heartbreaking note.

In the photo, Benjamin wore a birthday hat as he sat in front of a cake decorated with candles. Balloons -- one reading "happy birthday" -- floated in the background.

"My beautiful beautiful angel, I worshipped the ground you walked on, on this earth and now in Heaven. My heart and soul went with you," began the singer in her post. "The depth of the pain is suffocating and bottomless without you every moment of every day. I will never be the same. Please wait for me my love."

"....and hold my hand while I stay to continue to protect and raise your little sisters and to be here for Riley. I know you would want that. Happy Birthday my sweet sweet Boy. You were much to [sic.] good for this world."

Riley paid tribute to her brother on Instagram, sharing a handful of photos alongside the caption, "Happy Birthday beautiful angel."

Lisa Marie Presley (left) paid tribute to her late son, Benjamin Keough, on what would've been his 28th birthday on Wednesday. (Getty Images)

A handful of the photos depicted Riley and Benjamin dressed to the nines -- presumably for Riley's 2015 wedding, based on her white dress.

Two other throwback photos were contained in the post -- one of the two on a carnival ride and another of a young Benjamin beaming for the camera.

As the son of Lisa Marie, Benjamin was also the grandson of Elvis and Priscilla Presley.

Several days after his death, Priscilla, 75, spoke publicly about the loss.

“These are some of the darkest days of my family’s life. The shock of losing Ben has been devastating,” the actress wrote on Facebook. “Trying to put all the pieces together of all the possible whys has penetrated my soul. Each day I wake up I pray it will get better.”

Presley was married to Elvis from 1967 to 1973 and explained how the entire family has been coping with the unexpected loss.

“I think of my daughter and the pain she is going through as she was a doting mother,” she wrote of Lisa Marie. “Ben’s father, Danny [Keough], who is completely lost, as Ben was his only son. Riley [Keough], so loving and so close to him; Harper and Finley, who absolutely adored Ben. Navarone [Garibaldi], who struggles deeply with loss and death. Rest In Peace Ben, you were loved.”

The news of Keough's death was confirmed by Fox News in a statement from Lisa Marie's rep.

"She is completely heartbroken, inconsolable and beyond devastated but trying to stay strong for her 11-year-old twins and her oldest daughter Riley," the statement said at the time. "She adored that boy. He was the love of her life."

If you or someone you know is having thoughts of suicide, please contact the National Suicide Prevention Lifeline at 1-800-273-TALK (8255)